Silicon Valley recently caught up. The “Drawing the Inner Terrain: Self-Taught Artists” exhibit at the Palo Alto Art Center was dedicated to Derrel DePasse, former president of Blauvelt Group of Palo Alto. She was a self-taught expert in outsider art who died unexpectedly last summer before the publication of her acclaimed new book, Traveling the Rainbow: The Life and Art of Joseph Yoakum (University Press of Mississippi).

Yoakum is known for his wild visionary landscapes. “We all assumed he’d made up these imaginary landscapes,” says John Ollman, a Philadelphia art dealer, “but she followed his roaming and found that he’d actually been to most of the places.

” That a tech executive transformed herself into an outsider art expert doesn’t surprise Signe Mayfield, curator of the Silicon Valley show. Like many, Mayfield sees a link between twin cultural explosions: technology and outsider art. “Art that has the human touch takes on greater significance when we’re so surrounded by sleek modernity and technology,” she says.

Robert Greenberg, chairman of Manhattan-based R/GA Digital Studios, leverages the latest technology at his design and production company, serving clients ranging from IBM to Hollywood, where he won an Academy Award in 1986 for pioneering computer-assisted filmmaking. But technology overload drove him into outsider art. Greenberg started buying it in the early ’80s and now has a collection of more than 1,000 museum-quality pieces. “What I find in outsider art is the opposite of what I find in the digital world,” he says. “No compromise, and complete expressive freedom.”

A new generation of collectors tends to favor more affordable works by emerging artists. “Now it’s taking over our vacations,” says Tom Sebastian, senior vice president at multimedia company Premier Retail Networks in San Francisco. Last summer, he and his wife, Lisa, traveled with their two young sons to the pilgrimage site of all serious outsider collectors: a mental hospital in Gugging, Austria, famed as a haven for creativity.

The walls and rooms of the Haus der Kunstler, where the artists live, are covered with their stunning murals. The Sebastian bought works by several of the best-known artists, including Johann Hauser and Johann Fischer. Then they traveled to Prague, buying more art at the home of Anna Zemankova, whose work is included in the acclaimed exhibition “ABCD: A Collection of Art Brut” at the Museum of American Folk Art through July.

But going to Europe is not required. Gallery owners suggest hitting New York’s Outsider Art Fair, usually held each January. “There are so many dealers that they’re usually willing to give you a fair price on something,” says Lisa Sebastian.

You might even discover an unknown who becomes the next great master. After all, no one had heard of James Castle when an Idaho dealer first showed his work a few years ago at the Outsider Art Fair. A deaf-mute born in 1900, his work – drawings of farm buildings and cardboard-and-string constructions of people and animals – won rave reviews and is now represented by the prestigious Knoedler gallery in Manhattan. It’s still considered a good buy, ranging from $3,000 to $30,000. 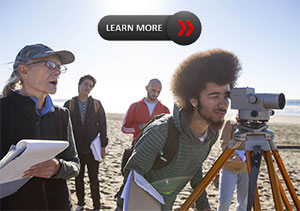